THE LANGUAGE OF HYDRANGEAS


Valentine’s Day is the perfect time to learn about the language of hydrangea flowers. We’re talking here about the most popular hydrangea, known as mophead, hortensia, pompom or big leaf. Botanically, it’s Hydrangea macrophylla.


Although we know this plant originated in Asia, we also know from fossil discoveries that it existed 40-65 million years ago in North America. But it is the Asian cultures which first gave it significance. These meanings date back centuries when big leaf hydrangeas only came in 4 colors: pink, blue, white, and purple.

A Japanese legend associated hydrangeas with heartfelt emotion, gratitude for understanding, and apology. It seems a Japanese emperor felt guilty about neglecting the woman he loved in favor of business matters. He gave hydrangeas to the family of his beloved in his quest for forgiveness for his actions.

THE MEANING OF PINK HYDRANGEAS
Pink hydrangeas generally mean, “You are the beat of my heart,” as described by a celebrated Asian florist who was quoted as saying, “… The light delicate blush of the petals reminds me of a beating heart, while the size could only match the heart of the sender...” As a result, today in Asia pink hydrangeas can also signify heartfelt emotion. The French make a different association. The plant blooms in June when the weather is bright and sunny. Because of soil chemistry, pink is the dominant color. The color and nice weather symbolize a “cheerful woman.”

WHAT DOES A BLUE HYDRANGEA SIGNIFY?
A blue hydrangea in Asian culture represents perseverance. That meaning derives from the “persevering love” displayed by a German horticulturist. In the 19th century, he was exiled from Japan and took a blue-flowered hydrangea back to Europe to propagate. It was his way of remembering the “persevering love” for the woman he left behind. We know the plant today as the cultivar “Otaska.” On the other hand, there’s another British meaning: you might give or send a blue hydrangea to refuse a love interest.

WHERE DOES A WHITE FLOWER FIT IN?
The lavish, rounded shape of the white hydrangea flower was often connected to vanity and boastfulness in the Victorian era. Keep in mind, though, a white flower of any sort is still believed to signify purity and grace globally.

DON’T FORGET PURPLE HYDRANGEAS
And if someone gave you a purple hydrangea, you might interpret that as an expression of a desire to deeply understand you.

THE FLOWER FORM CAN ALSO CARRY MEANING
The mophead flower can be interpreted to mean good friends and relationships. That stems from the flower petals growing so close together.

Somehow lacecap hydrangeas got into the act. The graceful display signifies humility (in contrast to the bodacious mophead flower) regardless of the color.

Did you know that most anniversaries are associated with a particular flower? Hydrangeas hold a place of honor for the fourth wedding anniversary because of the long-lived beauty and fullness of the flower. It’s thought to symbolize the development of a couple’s partnership. And of course, their closeness. That concept of closeness transfers to friendships.

ARE YOU ON SAFE GROUND WHEN YOU GIVE HYDRANGEA FLOWERS?
It’s clear that hydrangeas have a wide range of meanings that stem from a variety of cultures and stories. If your recipient is aware of these meanings, you will be safer if you include other flowers in your gift to eliminate misinterpretation.

And you thought hydrangeas were just for adding beauty and fragrance to your garden.

Next week I’ll be starting my 20th year speaking to various organizations and groups about horticultural subjects. The first couple of times I am in Connecticut. Then I travel to points north and east with a mid-west radio program thrown in for good measure. Notice there are other topics besides hydrangeas as the subject du jour.

Here are the public dates and locations where you can see/hear me:

·       Mar 7, Cornell Cooperative Extension of Rensselaer County Spring Garden Day, 2 p.m.; “Smarter Gardening”, https://tinyurl.com/va43up7;
.     Saturday, March 14: I will be talking hydrangeas on Ron Wilson’s radio show from Ohio twice on Saturday, March 14. Ron is a highly regarded plantsman and manages one of Ohio's premiere nursery/landscape companies. He’s also the past president of the Ohio Nursery & Landscape Association.
The first discussion will be at about 7.30 a.m. and again at about 11 a.m. To listen live or later, go to http://www.ronwilsononline.com. If you are in the Ohio listening area and want to listen the old-fashioned radio way, here’s what you need to know:
·       Mar 18, Wellfleet Gardeners, Cape Cod , MA, 10 a.m. “Shrubs, The New Perennial”;
·       Mar 21, CT Master Gardeners’ Symposium, New London, CT; 11 a.m. & 1.30 p.m., “Hydrangeas for Cold Climate Gardens”, https://ctmga.org/2020-symposium-information.

I’ll be signing and selling my best selling hydrangea book at these events so plan to stop buy. I’d love to meet you. Tell/bring your friends!

Popular posts from this blog 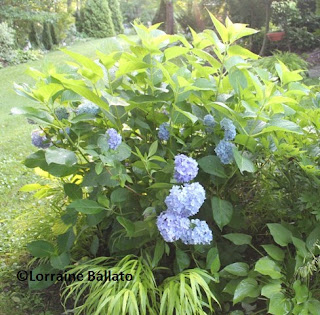 Hard to believe we are past mid-July – already! NOW is the time to take care of a couple of hydrangea chores, ideally by August 1.
Read more 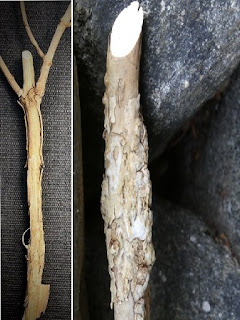 Now that you have completed cutting back your new wood blooming hydrangeas, it's time to look at what's happening with your old wood plants. Which ones are these?

Your old wood plants include hydrangea macrophylla (big leaf), hydrangea serrata (mountain), hydrangea quercifolia (oak leaf) and hydrangea petiolaris (climbing). Even if your plant is a rebloomer it retains old wood flower power and buds can be there that formed on last year's growth. 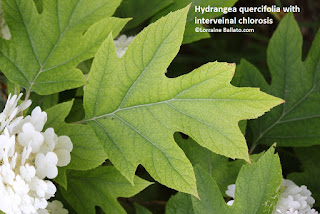 If your garden is anything like mine, right about now insects and disease start rearing their ugly heads. In most cases, they show up as a result of cultural conditions. Here’s the low down on what I am seeing right now which may match what’s happening in your garden as well.
Read more

Follow by Email so you never miss an update.